“People have become a resource for the internet-era companies to harvest. Their time and cognitive energy is what is being harvested, which is the only thing people have in this life. The way it is being done, people flock to compete against each other in respect to which extent their time and cognitive energy can be harvested. In fact, the poorest people in the world see being the resource harvested in this way a key socio economic aspiration. They are not willing to just use whatever little funds might come their way, but they will go in to debt to do it.”

The internet may very well be the most centralized thing in the history of the world. Not only that, but it has become a vehicle for accelerating centralization of wealth and power in an unprecedented way.

While just 8 men have more wealth than 50% of the world’s population, an average Indian pays 13 hours of average waged labor to access 1 gigabyte of data, accounting to about just 300 page-views. The way we have been trained to use the internet is a cause for even greater concern than the economic aspect of it. 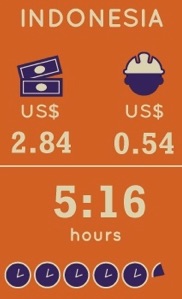 A significant fraction of Indonesian internet users never leave Facebook, with 61% thinking that Facebook is the internet.  They pay over 5 hours of work per 1 gigabyte of data for doing that. The average bandwidth consumption for a web page have steadily increased over the years, and is currently roughly 3 megabytes per page-views Research have shown that up to 90% of this is  related with tracking and advertisement, and not the content the user is looking for. Online advertising lobbyists convince law makers that this is necessary to keep internet content free and condemn internet users for protecting themselves and their wallets from surveillance capitalism predatory by using ad blocker and other similar solutions, and refer to such concerned internet users as “freeloaders”.

Recent examples show how internet content is of increasingly poor quality, and often more focused on generating advertising revenue than any other aspect. Clickbait headlines, not so long ago embraced only by sleazy affiliate marketers, are now the norm used by every advertising funded online media. While the ad powered internet is responsible for up to 10% of the global energy footprint, few have stopped to ask what is the true cost of this model for the internet users.

Decentralization Objective:  A model for internet that is essentially about people and not about whatever it is that it’s about now.

Just one search engine controlling nearly 95% of the world’s internet searches and most of the internet users never go beyond the top 3 results. One encyclopedia has close to 100% market share, and ranks in top 3 in search results for practically any topic it has an article on.  Access to information is more centralized than ever before. Some people never leave the social networks, and instead just consume the media that is posted on their “streams”.  This is model is not too far off from the way our education system is laid out. Regardless of the possibilities digital technologies offer, improvements in early education have been limited at best.

Perhaps the most concerning aspect is how Instead of moving towards a more civil society as a result of a more closely knit global community, we have witnessed how internet is increasingly used to propagate extremism and drive division between people. Due to the high level of information centralization, it has never been easier to influence individuals and masses and change their behaviors. Instead of being used for educating people, internet has become the most significant factor in perpetuating people’s ignorance.

really efficient totalitarian state would be one in which the all-powerful executive of political bosses and their army of managers control a population of slaves who do not have to be coerced, because they love their servitude”

A political or corporate entity can easily drive their self-centered agenda simply by utilizing the centralized advertising powered internet as it is intended  to be used; reach anyone or everyone instantly with any messages and have an army of gullible people amplifying it and authenticating it. In accord with Huxley’s prediction from 100 years ago (above quote), people of the world are not only volunteering for their role in perpetuating centralization, but actively compete against each other on the extent to which they can do it.

Regardless of the capabilities and potential provided by networked computing and digital technologies, children are still trained as “cannon fodder” using the exact same principles that were devised 2 centuries ago in Preuss, a nation that had spend its history in perpetual state of war. Instead of training able internet age citizens, children are forced towards the mean using mind-numbing curriculum and archaic methods. Few have said this as well as Mathematician Paul Lockhart. 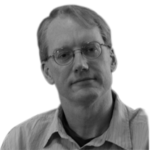 “If I had to design a mechanism for the express purpose of destroying a child’s natural curiosity and love of pattern-making, I simply wouldn’t have the imagination to come up with the kind of senseless, soul-crushing ideas that constitute contemporary mathematics education.”

Decentralization Objective:  People of all ages access information frictionlessly based on the relevance of the information to the individual, and the actual value it can add to their lives, to the lives of those close to them, and to the communities they are part of. Instead of being exhausted by information, people are inspired by it.

Let’s make one point clear; Bitcoin has nothing to do with decentralization. Fundamentally Bitcoin is centralized by design and has done more damage to the perception of decentralization than any other topic. 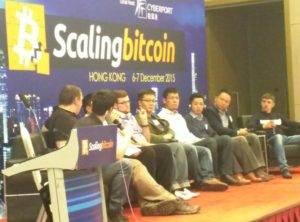 In the photo on the left you see 90% of Bitcoin’s hashing compute power sitting on the same stage. Compared to the formal banking system where a few dozen very large banks dominate global finance, this internet-era innovation has proven to be far more centralized.

Let’s see how this plays out. Internet companies make money from selling advertisement and data, in other words the eye balls and personal information of the people of the world. This is the meaning of “valued user” in the internet economy. The users volunteer their time and cognitive energy for the benefit of services such as social networking, search and so forth, while being told that internet is free, and the content is “user generated”. This could not be further from the truth. Even though in many cases people don’t pay directly using monetary means to compensate internet companies, people pay indirectly in both obvious and not so obvious ways.

People of the world pay for the internet in five important ways:

Decentralization Objective: An internet that helps lift people out of extreme poverty and empowers those that struggle, systematically reducing the wealth divide in the world.

Perhaps the most concerning part of internet-age centralization is the way various technologies such as social networks are transforming the way our brain functions, the way we perceive things such a liberty, and how we are actually becoming more disconnected from each other than we’ve ever been before. In less than 20 years, the internet has been reduced to an echo-chamber of meaningless chatter, where sharing of daily minutia is a norm and opinions are considered valuable information. 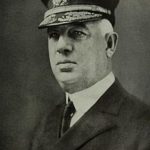 “Opinion is the lowest form of human knowledge. It requires no accountability, no understanding. The highest form of knowledge… is empathy, for it requires us to suspend our egos and live in another’s world.”

To highlight this fundamental shift, research have found that:

In short summary, while we seem to be more connected than ever before, the meaning of “connection” has completely changed.  In stark contrast to the way we interacted with each other before, we now do it in a highly centralized manner through a handful of social networks and device platforms.

Decentralization Objective: An internet that helps people lead socially valuable and balanced lives, where digital interactions facilitate for enrichment of physical world interactions, and facilitate for for profound connections between people and communities.